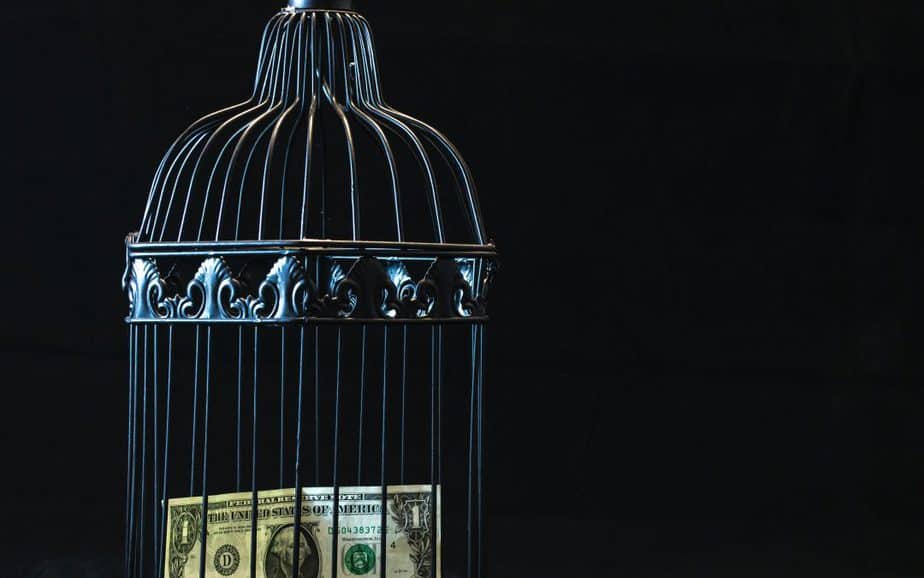 There’s something about heists that draw the reader’s imagination and enthusiasm. Maybe it’s getting away with a crime (a forbidden fruit most of us don’t dare touch in reality), or facing almost impossible odds.

A lone thief or a team of experts, an elaborate plan, and treasure with worth beyond measure — these are only a few of the tropes that make heists so entertaining. It doesn’t matter if the characters are honorable thieves or straight-up bastards because, in this genre, the heist is all that matters.

I’ve rounded up some of the best books about heists that currently exist. Whether it’s about stealing a priceless painting, breaking into the most secure vault, or even taking away a magical artifact, these books are guaranteed to pump you full with adrenaline delight.

If you’re interested in watching heists unfold on the screen, check out my list of the best heist movies.

Detan Honding is a highborn thief with a less-than-noble mouth. And currently, he’s plotting to steal a massive airship belonging to the Throatslitter, a war criminal bent on taking over the government. His straightforward plan is disrupted when he gets entangled with a shapeshifter with a self-appointed mission for revenge. But is it only revenge, or the start of a revolution?

2. The Man in the White Linen Suit by David Handler

Stewart Hoag is a washed-up ghostwriter who also happens to be quite the amateur sleuth. A call from his literary agents leads him to publishing’s most fearsome editor. A valuable manuscript has been stolen, and they want him to track it down. Finding it the perfect chance to rekindle his writing career, he accepts. But then the murders start happening…

3. The Hunter by Richard Stark

Cold and methodical, Parker is the perfect criminal. He has only one rule: never double-cross a fellow criminal. And now he’s laying on the ground, his home a burned mess, with none of the money he helped steal to show for it. But he didn’t die. Now he’s on the warpath, willing to scam and steal his way to sweet revenge.

At the age of three, Katarina took her to the Louvre to case it. At seven, she accompanied her uncle to Austria and stole the crown jewels. And at fifteen, she tricked her way into a prestigious boarding school, determined to leave the family business. But the disappearance of a mobster’s art collection drags her back into the world she’s left behind. Her father’s the only suspect, and if she doesn’t recover the valuables, he’s as good as dead.

5. The Lock Artist by Steve Hamilton

Michael is a mute teenager with a dangerous talent. Whether it’s an old rusting padlock or the latest safe, he can open them all. It’s a talent that makes him popular with the underworld, whether he likes it or not. Seeing the chance to solve the mystery that’s kept him mute all these years, he lets himself get roped into the most dangerous job he’ll ever experience.

Outlaws knew that steam trains were were basically banks on wheels. In this fictionalized account of the Great Gold Robbery of 1855, in which more than 200 pounds of gold were stolen, Crichton provides a captivating vista of how an old-fashioned crime was done with the technology of the time.

Beauregard Montage was once the best getaway driver in three states. Now all he wants is to stay on the straight and narrow, earn an honest living, and provide what’s best for his family. But his mechanic shop is going under and he’s desperate to keep everything afloat. So when a former associate comes calling, he can’t afford to say no. Then things go sideways fast…

Cassie Black is now a free woman. In prison for the last six years after a heist went sour, all she learned is to be much more careful the next time. Back to her old ways again, she quickly plans the perfect caper. But the job goes awry and now she’s being chased by a relentless investigator — one who’s linked to her previous failure.

9. The Lies of Locke Lamora by Scott Lynch

Locke, known as the Thorn, is a master of deceit, the dagger, and disguise. He and his friends are the Gentlemen Bastards, thieves who specifically rob nobles despite a secret pact that the peers and their servants are off-limits. Betrayed and left for dead by the Grey King, Locke, and his remaining allies must navigate a city boiling with magic and danger to get revenge — and maybe some profit on the side.

To everyone else, Ray Carney is the epitome of a law-abiding citizen who gives his family the comfortable life they deserve. Little did they know he comes from a line of crooks, so he’s not beneath accepting the occasional shady jewelry. Then he falls into a heist that doesn’t go as planned. Now he’s got a new sort of clientele: gangsters, shady cops, and all sorts of lowlives. How’s he going to maintain his unblemished reputation?

11. The Little Old Lady Who Broke All the Rules by Catharina Ingelman-Sundberg

Martha Andersson might be 79 years old and in a retirement home, but she’s not ready to stop living the best moments of her life. So when the management of the home begins cutting corners, she and her friends won’t stand for it. Fed up with all the micromanagement, they form the League of Pensioners, a group dedicated to regaining their independence, improving their care, and standing up for every senior out there. Their answer to all this? White-collar crime.

In the summer of 2009, 20-year-old American flutist Edwin Rist broke into the Tring Museum. Consumed by his interest in salmon fly-tying, he stole hundreds of exquisite bird skins — some as old as 150 years. It took over a year before police found him and recovered what’s left of the skins. This book documents everything about the case and the author’s obsessive search for the missing skins.

13. The Gardner by Heist Ulrich Boser

On March 18, 1990, two men successfully took off with thirteen works of art from the Isabella Stewart Gardner Museum, including a Vermeer, three Rembrandts, and five Degas. Valued at half a billion dollars, it is perhaps the largest art heist in history. No arrests have been made, and not one artwork has been recovered. This is Boser’s deep examination into the puzzling mystery and people’s scary obsession with art.

14. Thick as Thieves by Peter Spiegelman

Carr is ex-CIA and nearing his retirement age. He’s also the reluctant leader of a gang of professional thieves still stressed over their previous leader’s death a few months ago. They’re gearing up for a big job — stealing millions of dollars from a former hedge fund manager currently into all sorts of illegal stuff. But their information is badly inaccurate, and some of his team aren’t who they say they are…

15. Six of Crows by Leigh Bardugo

Career criminal Kaz Brekker is offered the job of his lifetime: a heist that could set him up for a lifetime and more. But first, he has to assemble his crew. But putting together a band of wildly different people is harder than he thought. To pull off the crime of the century and survive, they must first learn to trust each other.

The Charm of the Heist

The heist is a format that’s long been popular among readers. Winning against all odds and getting away with the crime of the century makes for an entertaining read while sitting comfortably at home.

I find that there are three general reasons why the heist format works so well. One, high-paced action motivates the readers to keep flipping pages, trying to keep up with everything that’s happening. With so many interesting things going on, they naturally want to learn what happens next.

Second, there’s a structure to the format that readers can follow. This gives them an idea of what to expect but also makes them anticipate how and whether the writer will change things up.

And lastly, it allows people to live, however briefly, the life of criminals. There’s a certain appeal to crime that makes people imagine what it would be like to be a criminal. And while most people are sensible enough not to act on these, there’s still a cathartic effect to imagining them.