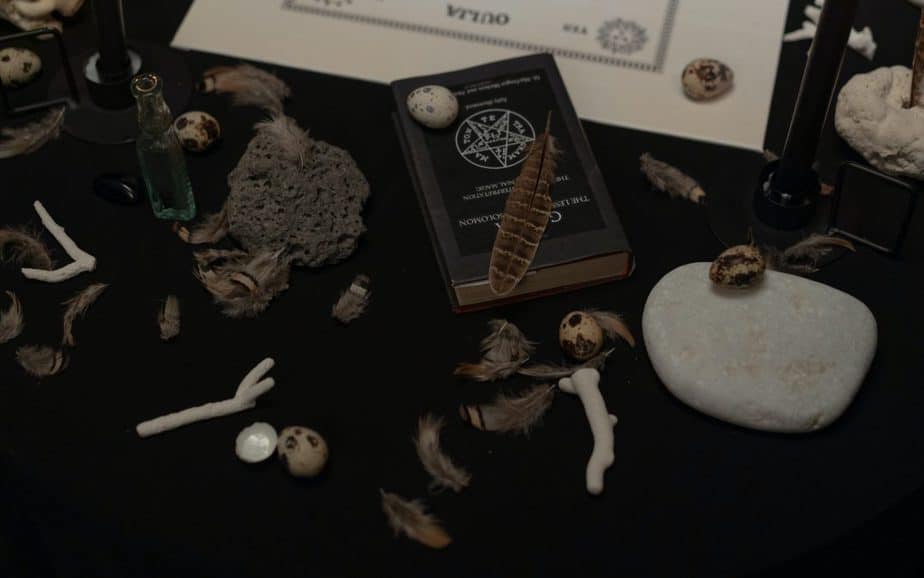 There are books that read like thrillers but feel like speculative fiction. While there’s an emphasis on uncovering secrets, elements of the paranormal also make themselves known. These stories are called paranormal thrillers, combining the best of both worlds between two engaging genres.

Sometimes the narrative unfolds much like a detective story, only to reveal a world full of magic and hidden creatures. Or sometimes it’s the other way around, where the mundane openly interacts with the extraordinary. Whatever the case, a mystery is presented, and a strange new world is available for exploration to both readers and protagonists.

Here is a list of novels that merge the escapism of supernatural fiction with the edge-of-your-seat magic that thrillers bring to the fore. These are stories guaranteed to make you scream—whether it’s out of wonder or terror.

Best friends Jon and Chloe are inseparable until Jon is kidnapped and their budding romance is ripped apart. Reappearing four years later, Jon is an entirely different person: bigger, stronger, and more prone to violence.

As he begins manifesting powers that threaten everyone he cares about, he runs away on a quest for answers—a path that leads him to a dangerous adversary.

The Wendigo: a malevolent spirit with a need for human flesh. To John Bear, it’s merely the boogeyman his grandfather used to scare him when he was a kid.

That is until they find a man butchered like an animal with his heart cut out. Now, as the snow slowly isolates them from the world, he must hunt down a creature he once thought was a myth.

3. The Sun Down Motel By Simone St. James

In 1982, her aunt Viv disappeared while working at the Sun Down Motel in Fell, New York. More than three decades later, Carly isn’t able to let go of the disappearance and decides to investigate.

Moving into Fell, she soon finds that nothing has changed in the Sun Down—including the events that claimed her aunt. And this time, it’s her they’re trying to take.

Lori always thought that adventurous Aunt Dimity was a fictional character from her mother’s bedtime stories. Recently divorced and barely scraping by, she receives the surprising news of her aunt’s death. Her surprise doesn’t stop there when she learns of the sizable inheritance she’s potentially getting—but only if she succeeds in one task.

She must first discover the secret hidden within her aunt’s massive collection of letters. It’s not as easy as it sounds though, because the cottage the letters are located in is haunted by none other than her aunt’s ghost.

5. Our Trespasses by Michael Cordell

Hundreds of miles away, Matthew Davis feels his twin brother die, and his brutal murder only seems to strengthen the psychic connection the two always shared. Now Matthew must share Jake’s agony in the afterlife.

Hoping to break the connection, Matt travels back home to solve his brother’s murder. What he finds is an otherworldly force slowly corrupting their link. He must now find a way to sever the bond or watch the world go up in the flames of Hell.

Strange bodies are appearing all over the city and hardened detective Gabriella Versado has no idea where to start investigating. How does one go about searching for leads about a half-boy, half-deer corpse?

Reality seems to be unraveling, and everyone’s trying to hold on to sanity. For Gabrielle’s daughter, that means flirting with a potential predator. To journalist Jonno, it’s doing everything to get that exclusive horror scoop. And to TK, it’s doing what he can to keep his homeless family alive. All of it leads to the culprit dreaming to remake the world, however violent it takes.

7. The 7 1/2 Deaths of Evelyn Hardcastle by Stuart Turton

Aiden Bishop is stuck in a loop. Every day, he must watch the beautiful Evelyn Hardcastle die at Blackheath Manor. And every day he must try to identify her killer and finally end the cycle. But waking up in a different body each day doesn’t help much with his investigation.

That’s not all—there are two other people in the loop, competing to solve the murder. And there can only be one winner, and only one permitted to leave.

8. Rivers of London By Ben Aaronovitch

If there’s one thing Peter Grant never expected to do on the job, it’s taking a witness statement from a ghost. But there he was, doing just that. It sees him transferred to a secretive branch of the Metropolitan Police, run by wizards and deals with cases of the supernatural sort.

Being the first English apprentice wizard in over seventy years, there’s a lot of pressure on Peter. Especially when there’s something, or someone, possessing ordinary people and turning them into vicious killers. Then there’s that small matter of brokering peace between two gods on the warpath…

Greta Helsing (of the famous Helsing family) makes a living out of treating London’s undead population of their many ills. She’s the one a banshee goes to when it gets a sore throat, or when a mummy has trouble with entropy. It’s a simple and quiet life and she wants to keep it that way.

So when someone begins indiscriminately killing the dead and the living, she teams up with her paranormal friends to stop them. To do so means using all the unusual skills and knowledge that is her family’s legacy.

Desperately needing a break, married couple Jack and Ali Gardiner move to Rosalind House, once a psychiatric house turned into a residence. But as they settle into their new lives, they quickly discover that something’s very wrong in their new home.

As visions of the past begin haunting their present, the couple begins digging deeper into their home’s disturbing history. And the deeper they dig, the more they realize how much dangerous the house carries for them.

Alexia Tarabotti is a woman with three problems. She has no soul, no husband, and a vampire was rude enough to attack her. But accidentally killing her attacker further complicates her life. Now she’s hounded by an investigator sent by the Queen herself.

And as London’s vampiric elites begin to disappear, the public’s eye turns on her as the prime suspect. Alexia must quickly find the real culprit before everyone else turns on her.

12. The Rook By Daniel O’Malley

Myfanwy Thomas wakes up in a London park surrounded by bodies and missing her memories. Following instructions left by her former self, she learns that she’s a Rook—a high-level operative of a secret organization dedicated to fighting the supernatural.

But a mole inside the organization wants her dead. And a vast conspiracy threatens to destroy the things she’s hoping to rediscover.

13. The Invited by Jennifer McMahon

Looking for a simpler life, Helen and Nate give up the city life for a chance at rural paradise. They begin building their dream home but the land they’re building on has its own story to tell.

Consumed by its history, they begin incorporating special materials into their home—a mantelpiece here, old bricks from a farm there. And each piece added takes them closer to a violent legend that’s waiting to manifest once again.

Federal agent Ethan Burke arrives at Wayward Pines to investigate the disappearance of his fellow agents but something feels off about the place. Electric fences surround the town, phone reception is nonexistent, and people begin disappearing.

As he gets closer to the truth, he becomes more and more entangled in the horrors surrounding the town. And soon he finds himself unable to escape.

15. I Remember You by Yrsa Sigurðardóttir

In the frozen Westfjords of Iceland, three friends decide on renovating a crumbling house. But they’re not alone, and whatever’s with them wants them out. Meanwhile, across the waters, a disappearance and a suicide capture a young doctor’s attention.

And when both events collide, a horrible truth is unveiled—one that reaches decades back into the past.

It’s inevitable for some genres to meld as literature continues to evolve. This provides both readers and writers with new horizons to explore and fall in love with. Paranormal thrillers are a result of such a melding.

Paranormal thrillers manifest the best qualities of both paranormal fiction and thrillers—from the thrill of the hunt, the excitement of the unknown, and the things that go bump in the night.

Make no mistake, though: while both genres contribute much to these books, paranormal thrillers are a different kind of reading experience altogether.

While there are familiar tropes, themes, and plot devices to enjoy, they are combined or juxtaposed to create unique stories. This can mean detectives with supernatural powers, otherworldly criminals, or worlds where magic is a common occurrence.

Whether you’re looking for a thriller with just a dash of the weird or vice-versa, the books in this list are great entry points into blended fiction. They showcase what you’ve grown to love from two genres, but in a new and exciting way.