13 of the Most Dangerous Fictional Assassins 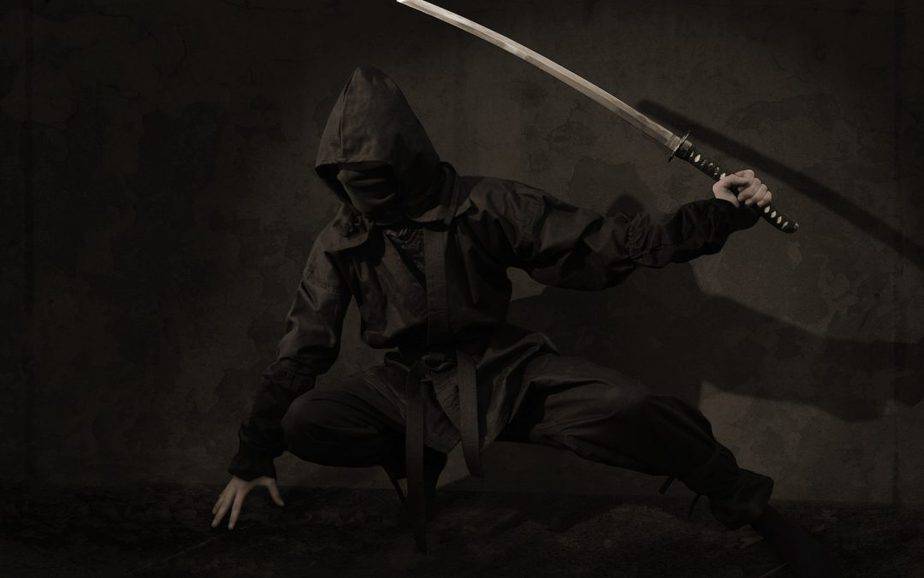 Assassins are the stuff of nightmares in every genre. Able to move unnoticed and kill with impunity, they bring terror to all of their targets. Sometimes they’re cold-blooded killers; other times they’re simply men with a talent for violence and a strict moral code.

Whether they’re hunting political leaders, criminal masterminds, or innocents, they leave a lasting impression on both prey and readers alike, and it’s that sense of danger that makes us keep coming back for more.

I’ve included all types of assassins here, taken from different mediums of fiction, so you’ll see everything from the cloak-and-dagger business of older times to the sleek, high-tech games modern assassins love to play. These are the fictional men and women who take the job of a hired killer and transform it into an art form.

The Jackal is the faceless, nameless hitman in Frederick Forsyth’s 1971 novel The Day of the Jackal. He’s hired by a radical group from France to assassinate Charles de Gaulle, and goes about his task with deadly precision. He calculates every move, from his own to those of his opponents.

He’s so good with his craft that the police never even get close to him until the last moment. And even after his death, they still couldn’t unearth his real identity.

The Bride is the mysterious protagonist of Quentin Tarantino’s Kill Bill. On her wedding day, the pregnant assassin is shot by her boss and teammates. Years later, she wakes up from a coma and begins plotting her vengeance. Scouring the world, she begins killing off her former colleagues, saving her boss for last.

There’s no stopping the Bride from her goals, and the hack-and-slash feel of the movie just emphasizes her unstoppable nature. Plus, the Bruce Lee get-up definitely helps.

Anton Chigurh is the remorseless killer in Cormac McCarthy’s No Country For Old Men, which was adapted into an award-winning film. He often flips a coin to determine whether his victim will live or die. What makes him more terrifying is his choice of weaponry, a cattle gun — as if his victims were nothing more than livestock.

Whether injured, stunned, or thwarted, he always manages to come back and terrorize people. Even in the end, no one really stops him. He just disappears.

Miho is a mute assassin of Japanese descent in Frank Miller’s Sin City graphic novel series, which was adapted into a successful movie. She serves as an enforcer and protector to Old Town, an area controlled by self-governing prostitutes. Nothing much is known about her except for her mastery in a wide range of weaponry, specifically bladed ones.

Apart from her skills with weapons, what makes her deadly is her dual nature. While she’s smart and appears harmless, she can suddenly unleash her vicious and sadistic side.

Agent 47 is the eponymous hitman of the Hitman video game franchise. He’s the 47th clone created from the DNA of five different men. He’s designed to have human physical strength and intelligence, but can still be controlled.

Aside from his genetic advancements and skills, his cold, monotone demeanor hints at a personality that’s barely even there. The mission is always his top priority, no matter the situation.

Bryan Mills is a father whose daughter is kidnapped while on vacation in France. What the kidnappers don’t know is he’s got a particular set of skills that make him a nightmare for people like them. With only 96 hours to find his daughter, he turns to desperate measures to find her.

His desperation and skills create a terrifying force that won’t stop at anything until he finds his daughter. Even if it’s taking on an entire prostitution ring by himself.

Nicknamed the “Baba Yagga,” John Wick is a globally well-respected and feared hitman. He is known to be relentless, ruthless, and extremely skilled to the point that he could kill three men with only a pencil. And after a long time away from the profession, he’s coming back with a vengeance.

As a man of focus and sheer will, he’s unstoppable when provoked. This, and his skills, are what make him a top-tier assassin in the John Wick universe.

Nikita is a troubled teen who’s no stranger to anarchy and violence. She participates in a robbery that goes sideways and accidentally murders a policeman. Her death is faked in prison and her handlers gradually transform her into a killer.

Nikita is a prime example of the femme fatale, able to look innocent and charm her targets to get close enough for the kill.

Altaïr Ibn-La’Ahad is one of the most influential assassins in the Assassin’s Creed universe. Over the course of his career, he made several discoveries and inventions that led to his organization’s spread throughout the Old World.

He could perform leaps from incredible heights, scale virtually any structure, and take down targets only to meld back into the shadows. In this regard, he was the epitome of an assassin: silent, deadly, and unstoppable.

The merc with a mouth is a witty, unhinged, and extremely deadly assassin who has to cover himself up because he’s scarred all over his body. He’s a skilled user of a wide variety of weapons. If it can hurt someone, then he definitely knows how to use it.

But his most terrifying ability is his regeneration that makes him virtually unkillable. This, combined with his insanity and skills, makes him an unstoppable and unpredictable killer.

Mitch Rapp was a gifted college athlete whose girlfriend was murdered in a terrorist attack. He is then recruited into the CIA, where he transforms into a ruthless and unapologetic killer who has is it in for every terrorist in the world.

To finish the job, he’s willing to take measures more extreme than what the agency accepts. Combined with his skills and resources, this makes him a frightening adversary for terrorists.

After killing her father’s murderers, Villanelle is adopted and trained to be a hitwoman by a mysterious group called The Twelve. As a psychopath, her genuine love of murdering the world’s most powerful people makes her a difficult adversary.

She’s not only skilled in violence but her intelligence and ability to disguise herself so completely means that no one really knows what she’s thinking or where she is.

Dakeyras became a killer when his family was brutally murdered in a bandit attack. He tracked the killers down for two decades under the name Waylander, where he earned a reputation as one of the deadliest assassins in the land.

He was one of the earliest depictions of an assassin as the protagonist instead of the villain. His disdain for armor, battle tactics, and skills make him one of the most memorable assassins in fantasy fiction.

Who Is the Best Fictional Assassin?

There’s really no way to determine who is the best fictional assassin. They move in different worlds, possess different skill sets, and are portrayed with varying degrees of believability. This makes deciding who’s the best largely subjective.

Take the Assassin’s Creed series as an example. The “leap of faith,” where a character dives off a high structure and lands in a cushioning material, is a signature move of assassins. But it’s highly unlikely to work in reality.

Personally, I like the idea of Deadpool. He’s a tragic figure who undergoes an experiment to cure his cancer. Instead, it accelerated the cancer cells, making him insane and hideous. That didn’t diminish his fighting skills, though. In fact, his newly gained regeneration made him even deadlier. Plus, his wisecracks and frequent breaking of the fourth wall make him easier to like.

I’ve definitely missed some great examples of fictional assassins in this list. If I tried to add them all, I imagine it would easily reach a hundred. The ones I listed here are in no way the only excellent examples of this character type, so feel free to share your favorites in the comments below.