8 Mystery Board Games for Your Next Game Night 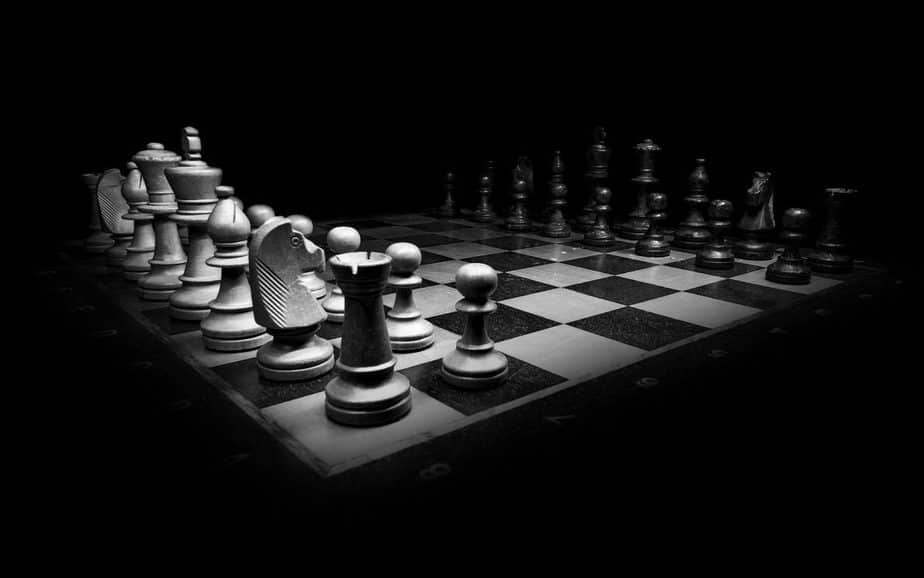 Board games are a quick and easy way to keep a party alive. Whether it’s a family occasion or game night with the crew, they’re something that everyone can easily get into.

It so happens that some of the best board games out there cater to mystery fans. There are a lot of tabletop games for people who want to experience solving a crime, catching culprits, and adventuring in the most thrilling places.

Whether the game requires cooperation or encourages you to go toe-to-toe against each other, mystry board games are some of the best games to play when you’re looking to have a great time.

As someone who regularly does game nights with his friends, I consider myself a veteran of board games. And the very first quandary we always need to solve first is “What do we play?” In our seven years of playing together, we’ve discovered that some of the board games we loved were those that required critical thinking, finesse, and getting to the bottom of a mystery.

That’s why mystery games are something we always love to try out. Though they’re no longer as popular as before, I’ve found that they can still immerse you into a world full of compelling narratives and challenging conundrums—perfect for game night. So here are some of the best mystery board games you can play with others.

Number of players: 3 – 6 (depends on the edition you’re playing)

Cluedo (known as Clue in the U.S.) is one of the oldest mystery board games on the market. It’s also one of the most successful, having been popular since it was first released in 1949. It’s a classic whodunnit mystery with easy-to-follow rules and an equally easy-to-imagine situation.

The “solution” to the crime is chosen by picking three cards at random—which depict a suspect, a murder weapon, and a room—which are then put into a special envelope. The remaining cards are distributed to the players who must use them to deduce the cards inside the envelope without giving the game away to the others.

2. Betrayal at House On The Hill

Objective: Heroes must defeat the Traitor and vice versa.

First released in 2004, Betrayal at House On The Hill is a delightfully thick board game with a huge potential for replaying. There are 6 characters, 80 cards, 45 room tiles, more than 200 various tokens, and 50 scenarios to play with.

Each player chooses a character to explore a creepy old house. As you explore the house, you can either find something… or something finds you. Characters grow stronger or weaker depending on how you deal with events. At some random point, a scenario called a “haunt” is triggered, turning one of the characters into a traitor bent on defeating their former friends. From then on, it’s a battle to the death.

It’s complex, but extremely fun, as you don’t really know how the game plays out. There’s also a Scooby-Doo and Dungeons and Dragons version for fans of those franchises.

Objective: Gather the required components and be the first to reach your character’s embassy.

Spy Alley is one of those board games perfect for family gatherings. It’s simple enough that anyone can quickly understand how it is played, and long enough (30 – 45 minutes of play) to keep family members entertained.

Each player becomes a spy for one of six countries that must gather the codebook, disguise, key, and password corresponding to their countries.

Once they’ve gathered all of these components, they must then safely reach their country’s embassy to win the game. Be careful though—the other players can try to deduce and expose each other’s identities.

Objective: Find the murderer or thwart the investigation.

Deception has the same premise as Clue, although it’s a little more complicated. It’s one of the games that’s perfect for when a lot of people want to play. With over 250 cards included in the set, it has a ton of replay value. There’s a lot of deception needed in this fast-paced game, so players need to be cunning in solving or thwarting the case.

Just like Clue, the mission is to discover the culprit of a grisly murder. Roles are randomly assigned, with two of the players being given the Murderer and Forensic Scientist with the rest playing Investigators.

The Forensic Scientist knows who the killer is, but can only express information through clues. Investigators must then deduce the killer’s identity, while the killer tries to impede their progress.

If you’re more into games that don’t require competition, then Mysterium might be a great option for your next game night. The game requires all the players to work together to win the game. The more players there are, the easier it is to solve the mystery. But if you’re into playing as a small group, the game offers special rules for 2 – 3 players to spice things up.

The premise of the game is that 30 years ago, a murder happened in Warwick Manor, and the victim now haunts the place. One of the players takes on the role of the ghost while the others play as psychics. Throughout the game, the psychics must try to discover what happened while the ghost tries to lead them to their killer.

Detective is a campaign-style board game, so prepare for a long one. The makers themselves estimate one game to last as long as 2-3 hours. Being campaign-style, characters can change over time, which can possibly affect future plays.

One of its best features that I found enjoyable is the WiFi icon which encourages you to browse a given topic on the internet. The information you find might be helpful to the game.

There are five interconnected cases to solve, creating a massive story for you to enjoy. The players take on the roles of investigators for the Antares National Investigation Agency, who must solve the cases by any means necessary—even if it’s illegal.

Objective: Catch Jack the Ripper before he claims five victims.

Letters from Whitechapel is one of those games that grows more tense as it goes on. It’s a one-versus-many scenario where the police get more desperate as Jack finishes his victims one by one.

One of the players takes on the role of Jack the Ripper, who must carry out five murders before being caught. They must also maintain a hideout they will return to after every murder and keep it secret. The others must try to catch Jack before he completes his nefarious activities and disappears forever.

Objective: Eliminate the werewolf from the game.

One Night Ultimate Werewolf is a quick and simple game that’s all about taking on a role. Players are assigned characters with each of their own abilities. The game happens in the course of one “night” where the goal is to quickly find the werewolf, with the number of werewolves depending on how many people are playing. A single game lasts an average of 10 minutes.

If you want a longer version of the game, you can absolutely try the original, Ultimate Werewolf, instead. Players can range from 5 – 75 in number, so all of your guests can join. The game stays the same, with people trying to out the werewolf, but it happens over the course of many “nights” until the werewolf is dead or is the only one left standing.

Before computers and consoles led the way to video games, board games were all the rage. And while they’re no longer as popular as they once were, a large fanbase still exists for them.

There are times when people want to disconnect themselves from the babble of technology, and board games present the perfect opportunity for that. And if you think that board games are just for kids or that they lack a challenge, you’ll find that they’re actually quite demanding and fun at the same time.

So next time you have a party, why not try playing these mystery board games? They’re the perfect combination of enjoyable and cognitively stimulating to help you make the evening memorable for everyone.