The Howcatchem: An Inverted Detective Story 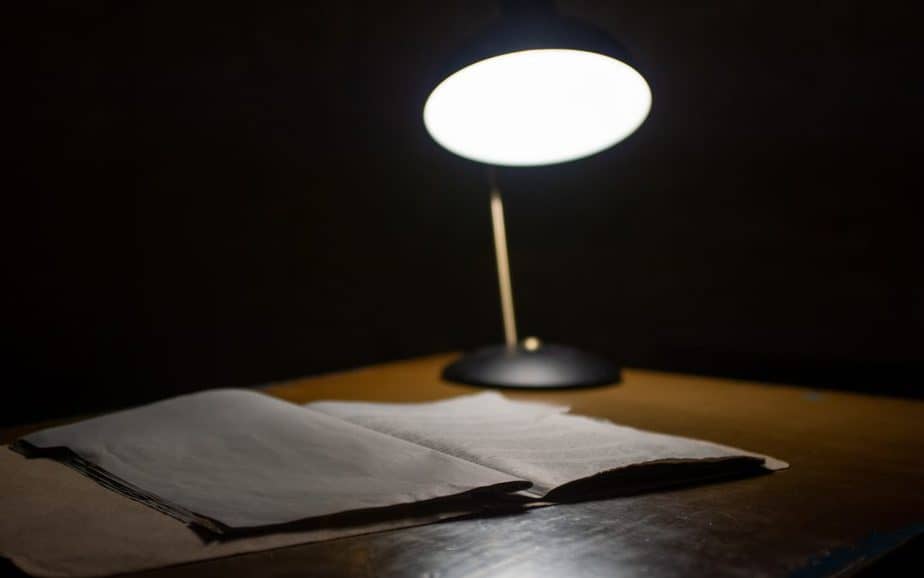 A scream is heard in the dead of the night and everyone rushes to where it came from. The bleeding body of the victim is discovered, along with the murder weapon. No one knows who did it—no one but you, that is. After all, you watched them imagine, plan, and ultimately, execute the deed.

This is the howcatchem, a murder mystery format where the crime and the identity of the criminal are fully revealed to the reader from the start of the narrative.

A howcatchem (also called a howdunit, reverse whodunit, or inverted detective story) is the complete opposite of the whodunit, a type of detective story where the ultimate goal is discovering who’s guilty of the crime.

It’s almost a challenge from the writer to the reader. Usually, murder mysteries start with the, you know, mystery. It’s what readers are looking forward to solving. But sometimes a writer readily lays out the whos of a crime. And then they dare the reader into reading on as they explain the hows surrounding it. Optionally, the writer can also immediately reveal the whys but may also choose to gradually reveal them throughout the story.

Rather than answering “Who did it?” this format quickly answers that and immediately goes to “How do we catch them?” The narrative then focuses on the detective’s investigation and the criminal’s attempts to hinder it.

As the reader, you become a disembodied witness of the case. You know the who, what, where, when, and why of it. The mystery of the howcatchem is then to discover how the detective in the story will solve a seemingly impossible crime and apprehend the right culprit.

This format is also sometimes called a procedural (but don’t confuse it with the police procedural) because it focuses on the procedure of the investigation rather than the solution.

It’s not as common as whydunit stories, mainly because of the difficulty maintaining a reader’s attention when they already know the secrets of a mystery. But when done right, it still conveys that sense of satisfaction when the culprit is finally captured and gets his well-deserved punishment.

The Howcatchem was possibly invented by writer R. Austin Freeman, with his 1912 short story collection, The Singing Bone. His short story, The Case of Oskar Brodski, is considered to be the very first story that follows this format.

In a 1924 essay entitled The Art of the Detective Story, he is quoted to have said:

Here are some of the stories that best exemplify the howcatchem format:

The Demolished Man by Alfred Bester

With society being policed by telepaths, murder has practically become non-existent. But paranoid Ben Reich plans and carries out exactly that. Unhinged by recurring nightmares and facing his company’s eventual bankruptcy, he kills his business rival and hires a powerful telepath to hide his crime.

Police Prefect Lincoln Powell, a telepath himself, knows Reich is guilty. But telepathic knowledge is far from concrete evidence, so he must find another way to prove Reich’s guilt.

FBI profiler Will Graham captures a brilliant serial killer at a great personal cost that forces him to retire. Now, five years later, he’s reluctantly pulled into the case of another dangerous murderer known as the Tooth Fairy.

With two families already slaughtered, Graham must quickly apprehend the Tooth Fairy. But doing so means getting help from the person who scarred him all those years ago.

The Scarecrow by Michael Connelly

Forced out of the Los Angeles Times because of a financial crisis, veteran reporter Jack McEvoy decides to cover one last murder story. But the case he chooses is full of holes and the 16-year-old suspect is most likely innocent.

And when McEvoy digs deeper into the case, what he finds is a killer that doesn’t appear on any law enforcement’s radar. Seemingly all-knowing, the killer soon discovers McEvoy’s inquiries and quickly makes him the next target.

A Demon In My View by Ruth Rendell

Arthur Johnson is missing something essential, and he knows it. His urges have led him to kill women before, but he’s managed to maintain some sort of equilibrium by “killing” a mannequin he keeps deep in the cellars of the building he calls home.

However, his tenuous control is threatened when a young man sharing his name moves into his building, sparking a destructive fascination within him. Then his beloved mannequin disappears and his urges begin calling him to find a more suitable replacement…

Light Yagami is a genius bored out of his mind. That all changes when he finds a black notebook seemingly dropped from the heavens. When he finds out that any person whose name he writes on it dies, he begins a campaign to rid the world of evil.

But when criminals suddenly drop dead like dominoes, the police recruit the legendary detective L to track down the killer. As L gets closer and closer, will Light lose his noble goals and use the notebook to rid himself of his nemesis?

Though it is more difficult to write and sell to readers, the inverted detective story does something better than its whodunit counterpart.

Because it outs the killer’s identity and motivations from the beginning, the howcatchem forces the writer to create a deviously intelligent villain. They should be created in such a way that readers will believe that they can design a crime complex enough to still remain interesting even when it’s already revealed. They must also be good enough to confound any investigation without getting caught or raising suspicions.

This also applies to the detective pursuing the culprit. Because the howcatchem focuses on the investigative side of the case, detective characters are not only shown to be logical but also competent in other investigative skills. They must be shown to be intellectually equal to the villain, able to follow difficult clues, and connect the dots between seemingly unconnected things. Their deductions and speculations must also be plausible enough to fit the crime as readers already know more about the crime than they do.

Writers of howcatchem stories can also no longer rely on misdirection to make the case harder and more thrilling. For example, clues can no longer be withheld until the last minute to create a more dramatic reveal of the criminal.

The howcatchem requires more developed characters to make up for revealing a large part of the murder mystery from the start, and the mysteries they offer become more complex and more cleverly framed to create that necessary curiosity as to how they must be solved.