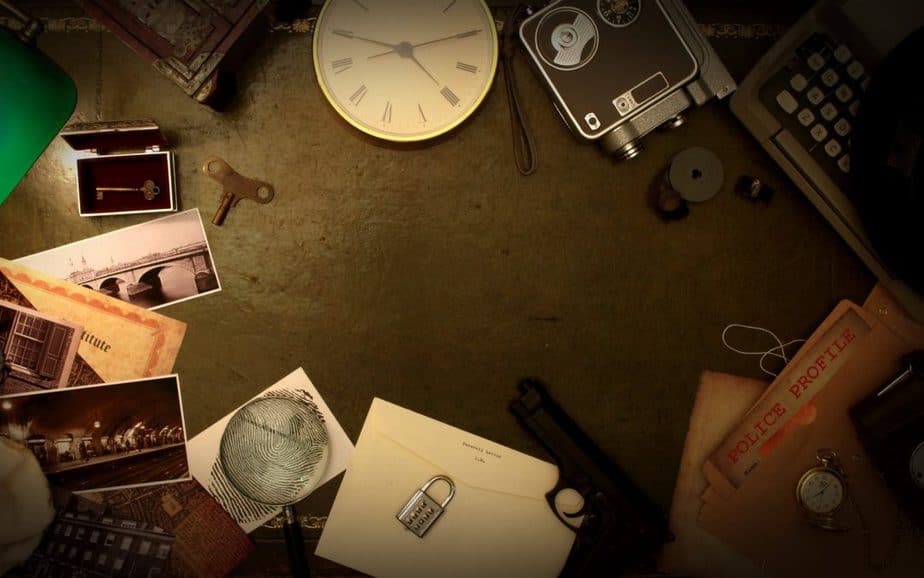 Consider this: A man is left alone in a windowless room with only one exit. When the door is opened, the man is found dead in a way that’s unmistakably murder, yet no weapon or culprit is found and no signs of forced entry are seen.

This is the locked-room mystery, a seemingly impossible crime committed in a closed-off location. It’s one of the very first formats that made detective fiction massively popular. The reader is presented with a puzzle, given the necessary clues, and is encouraged to solve the case before everything is revealed at the climax of the story.

What Is a Locked-Room Mystery?

A locked-room mystery, also known as an impossible mystery, starts with a simple premise: A crime has been committed in a sealed room or location with no way out. At first glance, the situation is deemed impossible, as if the perpetrator simply vanished into thin air. You and the characters are left to figure out how it happened.

While this subgenre usually features murder as the central crime, it’s not necessary for it to be so. It must simply be a crime that’s occurred in a seemingly impossible fashion.

The “locked room” doesn’t even need to be a room. For example, one of the most well-known locked-room mysteries is Agatha Christie’s Murder on the Orient Express, where a dozen passengers are trapped in a train stranded in the middle of nowhere with a dead thirteenth passenger.

This leads to an element of mystery fiction that usually accompanies this subgenre: the closed circle of suspects. When a crime is discovered, a limited number of suspects are quickly established, each with their own motives, resources, and opportunities for committing the crime. It’s understood that no outsider did the crime, and the perpetrator is hiding amongst them.

In this genre, the criminal’s identity isn’t as important as how the crime is carried out. When enough evidence is unearthed and the detective character is ready to form their hypothesis, everyone gathers for the big reveal. The detective then unveils the culprit’s identity, along with the how’s and why’s surrounding the crime.

A Brief History of the Locked-Room Mystery

In 1841, Edgar Allan Poe released his short story, The Murders in the Rue Morgue, which revolved around the murders of an elderly French woman and her daughter inside a locked room on the fourth floor of their home. This short story is notable for three reasons: it was the first time that Poe’s legendary detective C. Auguste Dupin appeared; it’s regarded as the first modern detective story; and it’s considered the first locked-room mystery.

The genre gained traction during the Golden Age of Detective Fiction (roughly the 1920s to the 1930s) with many writers publishing works alongside whodunnits and hardboiled detective fiction. Some notable works from this era are Ellery Queen’s  The Chinese Orange Mystery, and S.S. Van Dine’s The Canary Murder Case.

However, it was in the 1930s and 1940s that this subgenre truly flourished. Many of the best locked-room mysteries were published in this time period. John Dickson Carr, who became known as the master of the locked-room mystery, released his book The Hollow Man in 1935 to immediate success.

In 1981, a number of writers and editors voted four of his works into their top ten best locked-room mysteries of all time. Agatha Christie’s Murder in Mesopotamia and Dorothy L. Sayers’s Have His Carcase are solid examples.

In the 1950s and 1960s, non-English writers started becoming interested in the genre, especially the French and Japanese. Notable French writers of this genre include Noel Vindry and the duo Pierre Boileau and Thomas Narcejac. Sadly, few of their works have been translated.

Among the Japanese mystery writers, Akimitsu Takagi’s  The Tattoo Murder Case and Seishi Yokomizo’s The Honjin Murders are classics. Takagi himself was a prolific writer of locked-room mysteries, having written almost 30 novels from 1949 until until his death in 1995.

Though true crime and police procedurals are the most popular types today, you can still encounter stories that either focus on locked-room mysteries or feature elements of the genre.

Modern Examples of the Genre

Let’s take a look at a few recent examples of the locked-room mystery:

Acclaimed novelist Kunihiko Hidaka’s body is found in his locked office, inside his locked house. His closest loved ones have rock-solid alibis and there are no other suspects. But as Police Detective Kyochiro Kaga gets closer to the truth, it becomes clear that someone’s lying. The question is: who?

The Woman in Cabin 10 by Ruth Ware

Travel journalist Lo Blacklock is finally given the best assignment of her career: a week-long luxury cruise joined by only a few people. Everything starts off pleasant: the crew is accommodating, the guests jovial and the weather picturesque. But then she witnesses a woman being thrown overboard. The problem is, everyone is accounted for…

They All Fall Down By Rachel Howzell Hall

A delightful surprise draws Miriam Macy and six other guests to a private island off the coast of Mexico. But once they arrive, they soon realize that they were all told lies. They’re cut off from the mainland with virtually no cell signal and they don’t know why they’re there. And one by one, they all start falling down.

The Escape Room by Megan Goldin

Several corporate climbers are invited to participate in an escape room challenge as a team-building exercise. They all crowd into an elevator, seeking to show how they’re better than the others. But the power goes down and the exercise proves to be deadly. As they work together on breaking free of the game, each must answer how far they’ll go to survive.

Why Are Locked Room Mysteries Popular?

Locked-room mysteries continue to be popular because of their simplicity and the challenge they bring to the readers. When reading these kinds of stories, you are pulled into solving the crime as much as the story’s detective. You’re no longer on the sidelines playing spectator, but a character attempting to get to the truth.

The locked-room mystery is a world in which the puzzle is the most important element. Detectives grapple to prove that the impossible crime doesn’t exist, but brilliant criminals do.

Writers of this genre are not interested in the psychology and morality of their characters. What they’re concerned with is the challenge of the crime and the thrill of solving it.

It’s about creating the “perfect” crime that will fascinate and stump you, leaving it up to the last second to finally do the big reveal. It’s like watching a magician perform a trick and you have to work out how they did it. And when you finally do, the only thing you can think of is “brilliant!”