20 of the Best Heist Movies Ever Made 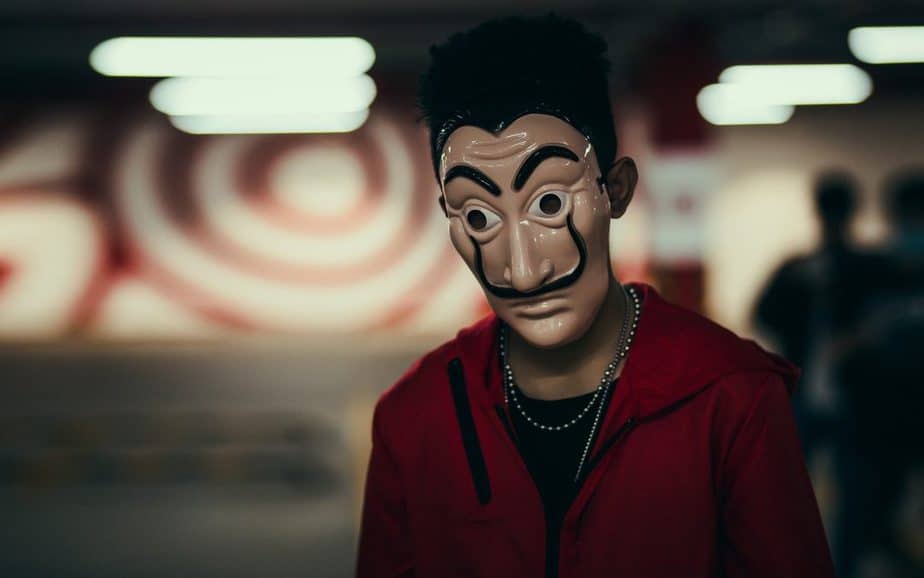 You know how it goes. A criminal mastermind begins plotting the crime of the century, creating a fiendishly clever scheme. But to succeed, he must first assemble an elite team. Then, it’s all a matter of whether they can successfully escape with the loot or not.

This is the heist film—the kind of movie where we cheer for the criminals as they break through impossibly secure buildings and unlock complex vaults in the hopes of claiming the ultimate prize. It’s become one of the most enduring genres in film and continues to enthrall viewers even today.

To elaborate, a heist film is a film where the heist is the main focus of the story. So if a movie features a heist but is ultimately about the relationship between two characters, then it’s not a heist film. Similarly, if the crime that’s being committed is more about scamming someone, then it’s more correct to classify it as a con.

Then there’s the caper, which is at first glance, a less serious and more comedic version of the heist. While they are similar, they’re two different genres. Although a heist can be funny, they tend to be on the darker side.

With all that said, I’ve included some cons, capers, and movies with elements of the heist in this list. What you’ll see here are the best movies that feature the heist as their main plot. To build this list, I took a look at their overall impact on the genre and their audience’s reaction when they first came out. Here are the best heist films that were ever made, in no particular order.

Four childhood friends don nun masks and rob a bank, tying up the hostages. They eventually decide to go for the big bucks by robbing Fenway Park. But one of them falls for a hostage from the last job, leaving him torn between going ahead with the mission or losing the woman he loves.

A collection of characters come together to empty not one, but three Vegas casinos — in the same night. A wrench is thrown into the plan when one of them finds out his ex-wife is currently dating the casino boss they’re trying to rob.

A mastermind has engineered the perfect robbery, bringing an entire bank and the people within it under his control. The bank founder, impatient with the situation, tasks someone to protect something from his deposit box safe. The police are always one step behind. But what’s more confusing is that the thieves are taking their time.

A newly released criminal brings assembles a team to steal half a million dollars that eventually goes wrong. With the police already on the hunt and one of them wounded, the group is desperate to escape. If only no one was planning a double-cross…

Four robbers die during a botched escape attempt, leaving their widows to be threatened by the crime boss they stole 2 million dollars from. With their lives and families on the line, the widows attempt to pay back what they owe by doing a heist of their own — one that’s far more dangerous than their husbands’ failed one.

Two unlucky brothers plan to rob a NASCAR racetrack in the middle of a busy racing weekend. But to succeed, they need an expert safecracker. They know a guy, but they must first break him out of prison.

Six anonymous criminals who go strictly by pseudonyms attempt a huge diamond heist together. But they find the police waiting for them, and everyone’s wondering who ratted them out. As tension and paranoia continue to rise, a potential bloodbath becomes more and more likely.

Faced with the possibility of losing the family ranch, two brothers decide to rob banks to keep it going. With their farm’s foreclosure date drawing closer, the brothers become increasingly desperate by the day. And as their actions spread throughout West Texas, a couple of aging Texas Rangers begin to take notice.

This early Stanley Kubrick film follows a career criminal planning one last job before finally retiring with enough money and marrying his girlfriend. He assembles a team to help him steal 2 million dollars from a racetrack. But one of their insiders has a cheating wife who sends her boyfriend to steal the loot.

An unnamed driver works as a stuntman and getaway-driver-for-hire. He falls in love with his new neighbor, but their budding romance is interrupted when her debt-ridden husband reappears and brings danger to his family’s lives.

A retired ex-gangster is visited by a former colleague and known sociopath, demanding him to participate in one last job. Satisfied with his current lifestyle, he refuses. But the more he declines, the more his colleague becomes irate and violent, endangering his family.

A rookie FBI agent is assigned to investigate a series of bank robberies. He must go undercover among a group of surfers whom the FBI suspects are behind the robberies when they aren’t catching waves.

After the failed theft of an armored car, a master thief and his crew of robbers find themselves being hunted down by a relentless police officer and his team. A cat-and-mouse chase ensues as both leaders try to outwit each other.

A London-based drug dealer wants out of the drug trade. But just as he’s about to retire, his boss orders him to complete two difficult tasks: track down a runaway drug addict and oversee a big business transaction that quickly goes sideways.

Because of a debt, a young man with impressive driving skills is inducted into the criminal world as a getaway driver. With his debt finally cleared, he prepares to retire to normal life. But the gang’s leader demands one last ride.

An ex-CIA operative finds himself leading a group of former special operatives in the search of a mysterious briefcase. But loyalties are constantly shifting, and everyone’s always trying to figure out who’s friendly to who.

Four friends are left indebted to a gangster after losing a rigged game of three-card brag. With no money to pay up, they decide to rob a gang that just happens to operate next door to them.

An air hostess is caught smuggling gun money into a flight. Forced to choose between turning into an informant or keeping quiet, she must match wits not only with her criminal boss but also the police assigned to her case.

A group of college students take note of the rare book collection of a university’s library. Seeing the minimal security, and believing they can make millions selling the books online, they begin planning out a heist.

A sinister criminal rents the rooms inside an old widow’s house, using it as the base of operations for a big robbery. But when the widow realizes what’s happening, the gang resolves to kill her. Only, which one of them is gutsy enough to do the deed?

Why Are Heist Movies So Popular?

The heist is a time-tested formula that’s been popular for decades. A posse of criminals, complex schemes, and irresistible prizes make for an entertaining watch. The thrill of the movie comes from whether these criminals can get away with the crime or not.

There’s an energy to these films that infect the viewer, making us root for the criminals. It doesn’t matter if they’re lovable rogues or hardened villains; it’s simply about the fun of watching them confound law enforcers, other criminals, and occasionally themselves in pursuit of the ultimate prize.

No matter how a director spins the plot of the heist, as long it remains faithful to the energy and foundation this genre is known for, it’s guaranteed to be a crowd pleaser. After all, a heist without plot twists, witty one-liners, crazy schemes, and other such elements would be boring indeed.