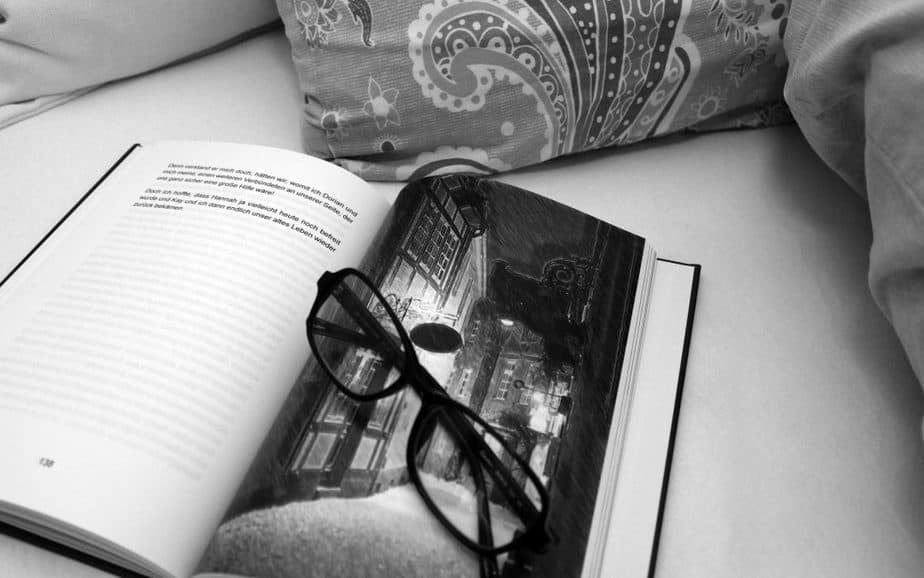 Over the last decade, Young Adult fiction has gained increasing attention in literature. It’s even become one of the best-selling genres of today, standing shoulder to shoulder with heavyweights such as sci-fi, horror, and thrillers.

Essentially, it’s a genre that takes other genres and recasts them to better fit a young audience, whose ages typically fall between 12 and 18. Teenage themes such as rebellion, coming of age, and self-identity are layered on top of existing tropes to create works that better connect with the genre’s intended audience.

The thriller genre is no exception to being “YA-fied.” You can find tons of YA novels that tackle subjects such as crime, mental illness, justice, and conspiracies—all things commonly found in a thriller setting. Here is a list of some of the best YA thrillers you can read right now.

1. One of Us is Lying by Karen M. McManus

Five students walk into Bayview High for detention, but only four walk out alive. The police suspect foul play, and all four students have a motive, because the victim was just about to reveal some juicy secrets about them. Is one of them the killer, or are they also victims of a killer still on the loose?

2. The Cheerleaders by Kara Thomas

Five years ago, five cheerleaders from Sunnybrook High died under strange circumstances—Monica’s sister was one of them. Now the school wants to commemorate the girls, and all Monica wants is to forget. But what happened years ago isn’t over yet: some people know more than they’re letting on, and Monica might be in danger herself.

Kady and Ezra have just broken up when their planet is suddenly invaded. With two megacorporations warring over it, they are forced to evacuate, barely escaping a hostile warship that’s still in pursuit. Worse, a plague has broken out and their ship’s A.I. may not have their best interests in mind. Now the former couple must work together to survive.

When Anna accepted a nanny gig in the small village of Heron Mills, she expected a fun and idyllic summer. Instead, what she finds is a community strained by the disappearance of a local girl named Zoe Spanos, whom Anna bears a resemblance to. Delving deeper into the mystery, she discovers an unlikely connection between her and Zoe—a connection that can put her in extreme danger.

New to the city and in need of a job, Abigail Rook meets R. F. Jackaby, an investigator who specializes in the mysterious and supernatural. With her eye for details, Abigail starts working as Jackaby’s assistant. Now they’re on the hunt for a supernatural killer whose existence everyone seems to deny.

Claudia and Monday are the best of friends. So when Monday doesn’t come to school, Claudia is understandably worried. When she doesn’t turn up for three days straight, Claudia’s sure that something’s going on, and proceeds to investigate. But no one else seems to realize that her best friend is missing.

7. Patron Saints of Nothing by Randy Ribay

Jay Reguero plans to spend his summer playing video games before attending university. But then he learns that his cousin was murdered as part of the War on Drugs. With no one wanting to talk about it, Jay decides to return to the Philippines to find out the truth. But the more he learns, the more he realizes that he didn’t know his cousin quite as well as he thought.

8. There’s Someone Inside Your House by Stephanie Perkins

Makani Young is the newest member of a rural Nebraskan community, having come to live with her grandmother. Then, one by one, someone begins killing off students from her high school in an increasingly heinous manner. Now Makani’s the next target. With secrets she’s desperate to keep, a serial killer’s the last thing she needs.

9. You Owe Me a Murder by Eileen Cook

17-year-old Kim has just been dumped by her boyfriend. Now she’s stuck on a class trip with him and his new girlfriend. Then she meets Nikki, a complete stranger whom she bonds with over jokes about murdering each other’s problems. But when Kim’s ex turns up dead, she realizes that Nikki’s serious. Now, she needs to commit murder or take the fall for one she didn’t do.

After a night of celebration, Beatrice and her friends wake up to a knock on the door. Outside, they find a man who informs them that one of them will live, the others will die, and their decision must be unanimous. And until they make a decision, they’ll have to relive the same day over and over again.

Luka Kane has been inside the Loop, a prison for minors, for two years. Rumors of war outside are spreading inside the prison and strange things are happening to their guards. Soon the prisoners find themselves all alone. Luka must not only escape his fellow inmates and crazed guards, but also evade the monsters now roaming the outside.

Everyone in Fairview knows that Sal Sing killed his girlfriend, the popular Andie Bell, and then killed himself. Five years later, the event still haunts the town. But something feels odd and Pip decides to reexamine the case as her senior project. Soon she discovers secrets that can prove Sal’s innocence and that the real killer is still around.

The death of his grandfather takes 16-year-old Jacob to a remote island and the crumbling husk of Miss Peregrine’s Home for Peculiar Children. Soon it becomes clear that the children are far from normal and that they’re still alive, however improbable it may seem. And they’re all in grave danger.

14. I Am Still Alive by Kate Alice Marshall

After her mother dies in an accident, Jess is forced to live with her survivalist father in the middle of the Canadian wilderness. But her father’s past comes knocking, leaving him dead and Jess stranded. With only her dad’s dog as her companion, Jess must find a way to survive—because she knows who her father’s killer is and she wants revenge.

When Sarah’s mother is murdered at a checkpoint, she agrees to become a spy for the resistance against the Third Reich. She must infiltrate a boardinghouse for the daughters of the top Nazis. Her mission? Befriend the daughter of one of the Nazi’s key scientists and steal the blueprints to a bomb that could decimate entire cities.

While the YA genre is marketed for ages 12 to 18, over half of its readers are actually aged 18 and above, with the largest segment coming from those aged 30 to 40. It’s part of the reason why this genre, while relatively new to the market, has rapidly grown.

Perhaps its escapist nature contributes to its popularity. The fantastical worlds and interesting situations it frequently provides readers are some of the most curiosity-catching ones in the market.

For example, Rick Riordan’s Percy Jackson series and its spin-offs paint a world where the myths and legends we grew up learning and dreaming about are real and hidden within our midst.

Then there’s the melancholic feel of the coming-of-age story. Every adult has felt the emotional rollercoaster of being a teen, from trying to discover their identity to the many firsts they start to experience as they transition to adults.

Or maybe YA stories are just extremely fun to read and people just recognize them as good reading material. Whatever the case, it’s proven itself as a genre you don’t want to miss.