The Whodunit: Stories to Satisfy Your Inner Detective 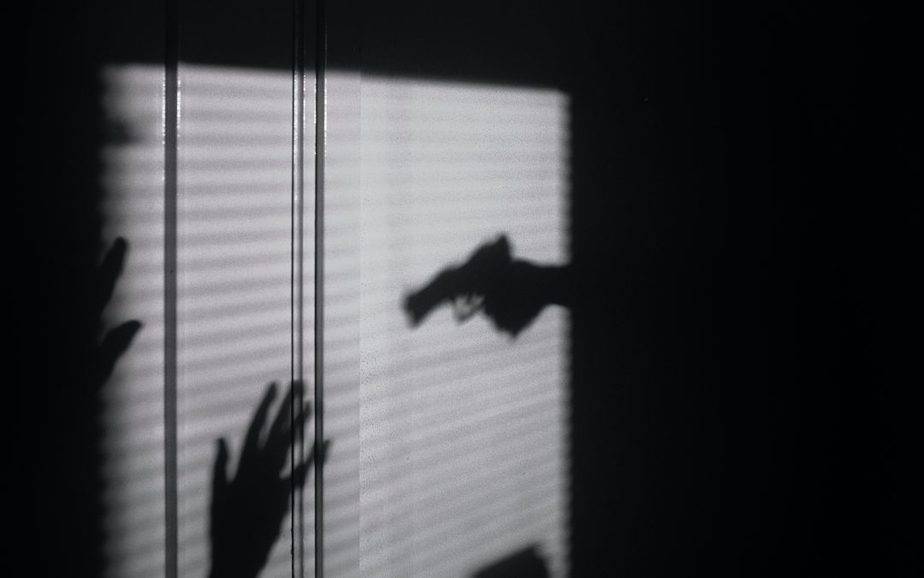 We are currently in a period of film and literary entertainment where mystery fiction reigns as royalty. From short stories to novels and podcasts to movies, it’s hard not to find stories that keep you guessing until the very last minute.

One of the longest-running formats that still enjoys much popularity today is the whodunit. It’s a detective story where the culprit of a crime is the ultimate puzzle that needs to be solved.

What Is a Whodunit Novel?

The typical whodunit story presents the readers with a crime right at the start. It’s usually a murder, but can be any other serious crime. Some details of the crime are also withheld until the climax of the story.

From there, an investigator, either an amateur or professional detective, is injected into the story with the goal of unveiling the culprit. Throughout the narrative, the investigator obtains clues, interrogates suspects and witnesses, and considers or rejects speculations. Finally, the detective’s efforts pay off and the criminal is apprehended.

What makes the whodunit so successful is its inclusion of the reader in the story. You, as the reader, are not only there to read but to also try and solve the mystery on your own. As more is revealed, you get pulled deeper into the story.

Sometimes you may figure out the killer’s identity before the protagonist does, bringing you the satisfaction of solving it on your own. Or you can sit back and watch the case unfold before an intrepid investigator. Whatever the case, there’s immense satisfaction in finally knowing who the culprit is after guessing for so long.

An important variation of the whodunit is the inverted detective story, where the crime and culprit are openly revealed at the start. The narrative then follows the detective’s investigation and the culprit’s attempts at preventing it. This is also called the “howdunit” or the “howcatchem”.

A Brief History of the Whodunit

The term “whodunit” was invented in 1930 when Donald Gordon, a book reviewer for News of Books, needed a term to describe a detective story he was currently reviewing. Despite its loose use of grammar and spelling, the term stuck and became common for classifying a specific type of mystery novel.

The whodunit thrived during the “Golden Age of Detective Fiction,” a literary era from the 1920s to 1930s where murder mysteries were written in similar styles and patterns. This was the period where many classics of the mystery genre emerged. Notable writers in this era are Agatha Christie (Hercule Poirot Series), G.K. Chesterton (The Father Brown Stories), and Dorthy L. Sayers (Lord Peter Wimsey Mysteries).

Over time, this kind of detective story suffered from the limited ways that it can surprise the readers. Certain cliches that developed, including locked rooms, shady characters, and cozy country home settings made some stories too familiar and too predictable.

This predictability made writers push away more from what’s expected and led to the development of hardboiled fiction, a genre that plays out much like a whodunit, but darker, more violent, and more emotionally raw.

Today, contemporary whodunits are strongly influenced by the classics. Conventions such as red herrings, false suspects, and final twists are still regularly used in modern mysteries. Contemporary writers often deconstruct or modernize these tropes to create a different kind of story that’s suited to modern tastes.

For example, Ruth Ware’s One by One is a throwback to Agatha Christie’s And Then There Were None. But while it shares the same type of isolated setting, the mystery is blended in with the sense of dread that a contemporary thriller conveys—a concept that modern readers are familiar with.

Examples of the Whodunit

Here are some of the best examples of a whodunit story. Some of these are classics, while others are a contemporary take on this long-running story format.

Murder on the Orient Express by Agatha Christie

The famous Orient Express is stranded by a snowdrift, and in the morning, one of its passengers is found murdered inside his locked compartment. Isolated by a snowstorm and in the middle of nowhere, the killer is, without a doubt, still among the train’s occupants.

As the snowstorm rages outside the train, detective Hercule Poirot must deduce which one of the remaining passengers is the murderer—before they decide to strike again.

The Hound of the Baskervilles by Sir Arthur Conan Doyle

The curse of the Baskervilles started when an ancestor of theirs chased down a girl into the fields where she died of fright. But the Baskerville met a worse fate—his throat torn out and devoured by a spectral hound. Now the beast stalks Baskerville Hall, where many family members have met violent deaths.

Sherlock Holmes is presented with the latest death by a local doctor hoping to end the curse. But can he solve it in time before the Hall is forever emptied of any occupants?

A disreputable lawyer is found dead in a theatre, surrounded by empty seats despite the show being sold out. Anyone in the theatre could have killed the man and as police hold down the fort, they call to the only person who could possibly solve the crime: Inspector Richard Queen.

Together with his son, Ellery, they must slowly untangle the mess of witnesses, suspects, and clues to arrive at the truth.

Fifteen-year-old Christopher is a quiet kid who lives on patterns and rules. He doesn’t like being touched, hates the color yellow, and relates more to animals than other people.

One day he finds his neighbor’s dog dead from being speared with a garden fork. Having fallen under suspicion, he must find the real killer. But his investigation leads him to a secret that blows his carefully constructed world wide open.

The Word Is Murder by Anthony Horowitz

Wealthy Diana Cowper enters a funeral parlor to arrange her own service. Six hours later, she is found dead at her own home, strangled with a curtain rod.

Meanwhile, Anthony Horowitz is approached by the eccentric detective Daniel Hawthorne to record his life. Drawn into the mystery of the Cowper case, the two form an unlikely partnership as they navigate its twists and turns. But Hawthorne has dark secrets of his own—secrets Horowtiz may be unwilling to touch.

In The Woods by Tana French

As night falls across a Dublin town, three children do not answer their parents’ calls. The police are brought in, and only one child is found, gripping a tree, wearing blood-soaked shoes, and unable to recall the past few hours.

Twenty years later, the child is now a detective who wishes nothing more than to keep those events secret. But when they’re called in to investigate a case eerily familiar to what he experienced, he must now discover the conspiracies that link the both of them.

What Makes a Good Whodunit?

The best whodunits are those with mysteries that challenge and confound the reader but don’t make it impossible for them to solve it. Enough clues and evidence must be shown in the narrative to make the crime solvable by means of investigation.

But because not every reader is an expert in criminal investigation, crimes in whodunits tend to become logical puzzles. You solve the crime by following events and facts that don’t fit the narrative.

The problem is that these logical deductions rarely work in real life. For example, a common occurrence in whodunits are characters that lie about their alibis in some way. Like in this famous riddle:

The answer is the maid because there’s no mail on Sundays. But that doesn’t actually prove her guilt; it merely means she lied.

Factual inconsistencies aren’t good substitutes for hard evidence. Good whodunits not only create an interesting mystery but focus on the investigative side of the story, where research, interrogation, and analysis techniques lend it a realistic vibe.

Good whodunits are plausible and realistic. If a crime isn’t believable, it takes the reader further away from the story rather than immersing them in it.